Wanting What You Have 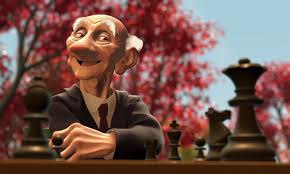 The transitions we’re aiming for can ultimately be summed up in one word, right? Happiness. We are trying to scratch an elusive itch. Contentment might be another word for it.  Enjoyment of life or even Fun might be other ways to put it. The most important and reassuring element of aiming for a better future is that if we can dream it, we can reach it. In this blog I want to add one emphasis: If we have dreamed it, in some way we already have it within us. Maybe it just hasn’t reached the surface yet.

I remember when one of my little girls was at that age where she was first able to walk, talk and reason on her own. If you’ve ever known a child of this age, I guess it’s about 2, you see their very simplistic thinking and it’s cute because of its naiveté. I remember one Spring morning my wife and I with Emily in tow emerged from our house and remarked how all the flowers were almost ready to open. The next morning, while Lisa and I were gathering up our things to leave the house, Emily quietly stepped out the front door and when she came back in she proudly announced that she had helped all the flowers open up.

In some ways we are like that child. We want to force open, on our own timetable, that which will open up for us if we only let it. Within us the seed is already planted and is germinating. Much happiness, in fact I would argue, most of our life’s happiness will arrive from the act of watching the good things come to fruition rather than from the accomplishments we fight to achieve.

Part of taking A Day On is the value that it has of making our own life seem fresh again. There are those beautiful parenthesis (Childhood) and (Retirement) between which is sandwiched a life of responsibilities, schedules, and rules. Taking A Day On grants you permission to enjoy the freedom and playfulness that we have upon entering and leaving the stage while on that stage.  It’s like when you go to a play where the actors are only getting through their lines without any inspiration. Maybe they’re thinking about their “real” problems at home or what they’ll have to eat after the curtain closes. The act of taking A Day On allows us to choose our performance rather than simply continuing on performing in a play we didn’t choose, with a script that doesn’t inspire us.

Have you ever wanted to shake an ineffective employee being less than helpful and say, “Look, if you don’t want to be here, quit. Go home. Do something you do care about!” This is what A Day On says to each of us. Take a day and to what you WOULD do. Then take another…

When you choose your role, your performance becomes inspired and suddenly everything around you is transformed.

On the flip side of the earlier scenario, have you ever received superb, above-and-beyond service from an individual? I remember a pretty girl in a game store we ducked into in Chicago. She couldn’t have been more than 16 or 17 and yet she was left to run the store by herself. The place was packed by people trying out different games and puzzles, and she made the rounds with a smile on her face demonstrating each and every game. Surprising people. Working the cash register. I remember thinking: Any employer will be lucky to hire this young lady. She was not only effective, but inspiring! I would say her affect had something to do with the fact that she was engaged and enjoying her life right where she was. Interestingly she was working in a game store. But even so, many employees might not have viewed her job as she did: an excuse to get paid to play.  We do affect those we come in contact with and I would argue that if we view life as an amusing game that we are given a finite time to play we will not only transform the way we feel about our lives, but we will inspire others.

As I sit here typing today on a cool, clear morning in my backyard as my dog sniffs the perimeter of our fence I can hear the neighbors getting ready in their kitchen, the children being led into the neighboring school, the cars motoring up my street on their way to somewhere, the garbage truck beeping in reverse. It’s not the most expensive house. I don’t own the most stuff in the world. But I am content in knowing that I was able to spend some time helping my children prepare for their classes today. They were smiling as they left my car.

As I drove away on my way home to begin this blog post I realized that I had been listening to the radio station that at some point they had switched to. It was bubblegum pop music. Not the station I would have chosen, but unconsciously I had been humming along. Sometimes, if you let yourself, you can be happy in a place you might not have chosen.