A while ago I wrote about how to cope when you’re a freelancer and the phone isn’t ringing. But I never considered how you cope when the doorbell rings and suddenly an abundance of work spills in.

So, what do you do when something good happens? If you’re a planner you’ve probably found some way to imagine it. You’ve probably charted a course toward achieving it.  And, when you arrive at it you’re probably not surprised at all. It’s exactly what you’ve imagined.

To a mind trained over a lifetime to feel unworthy, any good thing feels suspect.

If you’re the kind of person who plans their work and works their plan diligently you arrive at it, acknowledge it and move right along to the next goal that you have written down in Evernote or entered in some Excel spreadsheet. Another data point reached on your ever-increasing trajectory of success. But, what I do, upon arrival at a wonderful place I’ve dreamed of, is look around and go “Whoa, what the…! I’m someplace great. Is this real? This seems real, but, there has got to be a catch. It couldn’t be this easy. Wait a minute, where did this come from?”

But, sometimes wonderful opportunities surprise you like a beautiful vista opening up unanticipated.

It’s a question that I’ve been examining over the last few months: To which source do I attribute the happiness that I am afforded every day of my life? 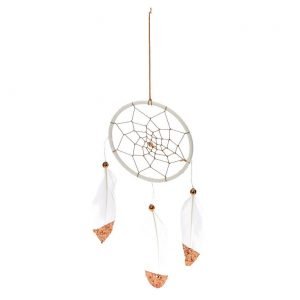 Three months ago a man I had never met pulled up a chair at my table at the coffeeshop where I was working. He offered me a gig that would double my income. He could give me as much work as I could take. After he left, I looked around to make sure I wasn’t being “punked.” You can’t get punked unless you’ve bought in, and I was pretty sure I was buying in. He was offering me as much work as I could take, paying a fair rate and he didn’t need me to come into the office. He agreed to let me work as a contractor so I wouldn’t feel too “employed.” The deal was that my life would go on essentially as it had the day before when I was a completely free agent – except for endless stream of work I would do for him.

For the next week or so while our agreeable negotiations played out so very smoothly I kept looking over my shoulder to see from which blind-spot or dark corner someone would rush out to snatch away that which was inexplicably being handed to me.

But the deal went through and for the past three months I’ve had as much website work given to me as I can handle. And, of course, him providing the work meant I have had to spend less time chasing business and payment which meant more time  doing the work I love and that has meant more money. But why? Why, after 10 years of enjoying my work even though it was scarce, was I being given the opportunity to work it to my capacity?

In a nutshell, I went to a self-help conference (which I guess makes it “group help”). We picked an issue, wrote it down and shared it. We discussed our issue (mine seemed relatively trivial): I wrote down “More Money.” By the end of a night of examination of our chosen topic I arrived not at a solution but at a different starting point: “Less Anxiety About Money.”  Maybe writing this question down and going over it and over it that night somehow made it manifest. Maybe the evening of unabashed examination of my anxiety had somehow functioned as some kind of exorcism of my anxiety, a prayer of abundance, a sacred rite of passage. Maybe this tiny bit of conjuring worked. 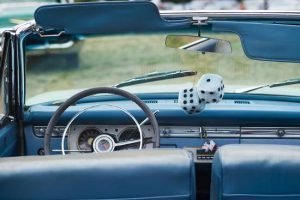 One of my web clients is a Ketogenic Diet expert. After a meeting with her about her website in which she laid out the logic of switching your body to ketosis I decided to jump into Keto. I’m going on my fourth month of switching my locomotive from steam powered to nuclear. The Keto meeting that marked my beginning of ketosis happened right about the same time as the Self-Help meeting which happened about the same time as the impromptu Deal where the man offered me more work. Maybe it had been my new state of ketosis that was making my mind sharper, professionally hungrier.

The man who offered me the additional work mentioned a client we had in common. I had worked hard for this client over the course of my freelance work-life. I had delivered on some SEO goals we had for the website. The client told me at every meeting that things were going great. He had as much work as he could handle and he attributed it to his online presence. Apparently he had made this known to the man who was now offering me the work. Maybe doing work earnestly somehow advertises itself, or maybe it mystically becomes a magnet for good karma.

Maybe this new work isn’t good fortune at all. Maybe it is a temptation to be resisted. Will the guy who has spent the last part of his life transforming his relationship to work, give in and go back to the office? But what if sometimes the office is a good place to go? Need I suspect that every fluorescently-lighted space is a ticking trap?

To a mind trained over a lifetime to feel unworthy, any kind of reward feels an awful lot like selling out.

After ten years of forging my manifesto setting the terms so carefully about how, where and when I would work I was suddenly being offered exactly the kind of work I had kind of been praying for. It seemed too easy. Was there some loophole I had missed in my manifesto. I had created such an exclusive – nearly impossible –  list of how and when and where and in what manner I would work, and now someone was agreeing to my demands. Was I standing on a rug that was about to be yanked out from under me?

It turned out that I liked his company. Three and a half months later I still do.

I find myself going into the office more than we agreed. Me! The guy who was sure he hated offices. Turns out when you get to choose when and why you go to the office the office becomes a tool that can improve your productivity.

When the things you want seem out of reach. When you’re puzzling over how to cross the chasm. When you’re climbing an unattainable peak they say you can quit as many times as you want so long as you keep walking forward. The good luck charm, if there is one, seems to be to keep working and to work with as much heart and intention as you can. 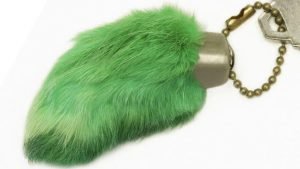 When an employer or a  client or a partner treats you with respect and allows you to be yourself it’s natural to want to rise to the occasion. We are being engaged. And when none presents itself you have to keep walking forward.

Are the results of our life a product of the conscious seeds we plant? What role does writing things down, and analyzing those notes play on making things manifest?

Does God make these things come our way? Do the seemingly unrelated “other” ingredients of our life (diet, exercise, prayer…) play upon each other? Are hard work or good work rewarded?

Does adopting exacting requirements of work relationships or any other relationships attract things that fit right? Or does the universe just throw random things at us and we make whatever we can of them?

For the past three months I’ve been given the opportunity to do more work. And, I don’t know what caused this good thing to happen. But one thing I do know is that it is good to acknowledge it. It is important to accept it and to accept the responsibilities that come with it. It is good to give thanks.