Observations of Work and Life Without the Grind 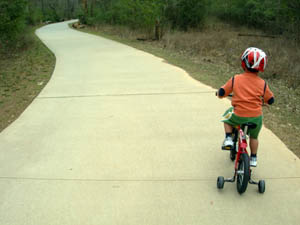 I haven’t written blog entries in a while. The reason, plain and simple, is that since its inception, this blog has been about pursuing the longing to take back my life from the 9 to 5 grind – focusing on the anticipation of readying myself to take the leap to a more self-directed mode of employment.  But, 5 months ago I did take that leap. Or, maybe it was actually a year ago when I left a steady job for a contracting gig.  Then after that gig was over I decided never again to go back to working a job where I go into the office every day.

So, for the past 5 months or so I’ve been like that kid who after having taken off his training wheels is cruising along – surprisingly effortlessly, thrilled by the high of the newfound freedom, a little scared that it will all come crashing to an end click here for more.

So, in this series of blog posts I want to tell you about what I have found. I want to illustrate for you what is on the other side of a day on. What it’s like when you decide from here on out to string together nothing but “days on.”

I write this from inside my tent as the rain spatters outside around me. I’m at the TOCO festival with my daughter, Eva, who’s out there somewhere with her friends enjoying a weekend of freedom, music, community and kindness. As a side note, before I begin on the first topic of the series; it was at a festival like this or maybe it was a climbing/camping weekend, or one of those Century bike rides where when waking up in the morning I found that everyone I passed had a serene smile on their face and a pleasant “good morning!” that I realized: This is what I want every morning!

Without further ado, the first observation of life and work without the 9 to 5 grind:

A steady abundance of work that seems to spring up organically and by chance.

Instead of a void of work in the midst of which I would have to become a salesman to a reluctant audience, I instead find myself the steward of a skill that people identify as something that can help them.  My missionary friend calls this kind of abundance in spontaneity “God appointments.”

When he’s going from God appointment to God appointment he finds people or they find him and out of the real relationship comes an understanding of the work that needs to be done.  To be sure, from a formerly corporate-minded – which is to say money-centric – understanding and expectation of things you sometimes come out of these God appointments with something other than completely clear timelines, goals and processes. But often times I have found that what appears etched in stone in the corporate world is actually a firm commitment to nothing and what seems a nebulous “we ought get something going” as the only resolution of the God appointment allows itself to mature and grow in both parties minds until it becomes what he has the potential to become.

I don’t know if I’ve gotten into the spiritual aspect of A Day On as much as I should have, but I can’t help but feel that as much as I’m trying to get to the essence of my work, I have to also get to the essence of my life. I don’t know that I can quantify what metaphysical force is moving things behind a “God Appointment,” but it doesn’t really matter. It’s fun to live a life of spontaneous direction and meaning. It somehow feels so much more alive and real than turning my life over to an arbitrary set of meaningless rules constructed by some HR person who enjoys knowing that all the people are showing up on time, in uniform, getting to their assigned cubicles and actually being productive.

Upon leaving my cubicle/kennel I discovered that there is an abundance of work for me, that it will find me, and that my part in performing the work will be meaningful for myself and my employer. And because we’re able to do away with the insane formalities of the 9-to-5 we are better able to feel good about ourselves and our relationship.

Next topic in this series: Less Time Wasted on Pseudo-Work