Need Motivation? Write Your Own Obituary! 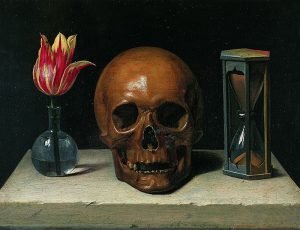 A great story about artist’s motivation comes from the life of the artist Salvador Dali… or, maybe it was some other genius. Really doesn’t matter – we’ll just say it was Dali.  It seems that, in his family, Salvador was actually Salvador #2.  Salvador #1 was his older brother who died before the great artist was born. It was said that the young artist-to-be would pass by a gravestone with his own name on it every day on his way to school. Dying before you die can be the ultimate motivation.

The story claimed that this constant reminder: death literally attached to his name, motivated Dali to become the prolific artist that he became. Maybe the story’s true. Maybe it’s bullshit. It was told to my class by a college art professor. I could easily Google it, but it doesn’t really matter who it happened to. The point is that deadlines motivate us and Death is the ultimate deadline. We should remember it often. 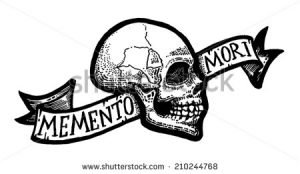 Today, feeling dissatisfied with the writing ambitions I always find a way to put on hold, I set out to write my obituary. I recommend trying this little exercise if you have any ambition that you think you might be in danger of putting off until tomorrow. What you do with it afterwards is up to you. Burn it. Hang it over your desk. Post it on your own blog. Kill yourself symbolically before you die. For me it was the best thought exercise I’ve done in a long time! Here goes…

Rick Ortiz died today. He was 50 years old. He leaves behind a wife and two daughters. He inhabited a charmed life if there ever was one. He knew no real adversity or disadvantage ever. It sometimes made him feel a little guilty – knowing what others have gone through to not even have a tiny bit of the beauty and good fortune that was his every morning when he opened his eyes.  But he never tried very hard at anything.

There was one thing lacking from Rick’s life. He always dreamed of being a writer. He wanted to take a stab at sharing a point of view. He made many starts at this including writing two full-length novels. Writing was hard work that he loved and always promised himself he would do more of. He self-published, had printed and then left in their original boxes in the back of his closet where they now sit until they are thrown out or recycled having never been read, enjoyed, considered or acted upon by some reader.

Rick also created a blog called A Day On which he updated half-heartedly without any real commitment even though writing it as a kind of journal had changed his own life for the better. Ortiz began the blog to help himself understand how to find work-life balance and it worked well for him. But rather than cultivating it and taking it to market he mostly neglected it.

He never used the blog to be part of a greater conversation. He never raised the subject publicly to be commented upon and considered. The blog never made someone else feel the sense of possibilities and excitement of options when doors seem closed. It never encouraged others.

Soon the domain name for his blog will also expire. The hosting account where the website files and the database are stored will expire too. The limited work will be silently extinguished. If he were looking down on his lifeless body in a box right now he would certainly have understood that he was wrong about one very important thing. Life does not guarantee one more day to defer your pursuits.

The shell of his body will be viewed by anyone who wants to see it this Friday evening at Kurrus Funeral Home in his hometown of Belleville, Illinois. In lieu of flowers he would only request that readers of this obituary consider their own ambitions and passions and lessons that they have learned and take action on them today as if there were no tomorrow.