I’m a Minimalist… So, Why am I Worried About Money? 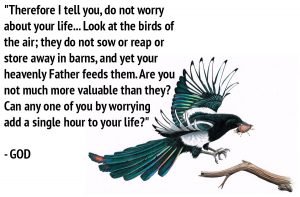 Minimalism! What a concept! I just realized that the term “Minimalist” might just describe my natural drive to separate myself from the unnecessary.  Not just clutter on bookshelves, but fundamental things. Big things.

We admire others’ Minimalism so long as it appears to be completely voluntary. A homeless guy fishing off the pier is a very different person if he has or doesn’t have a big bank account. Why?

A man writing an article about Minimalism is somehow inversely more convincing as the amount of cash he has access to increases. Why?

But here’s the thing I realized tonight on my run.

Money is like Health, right? There are some things that you want as much of as you can get and Money and Health are two of those things, right? Wrong.

Think of Health in excess as muscle bulk requiring too much energy to build up and sustain. With Money as with Health, the goal, if there is one, should be enough.  Enough. There are actually studies that show the diminishing returns of wealth. After about $50,000/year a family stops seeing the dramatic increase in correlated happiness.

Minimalism isn’t about less, it’s about enough – no more, no less.

The Minimalist heart resonates to “enough.” Nothing wrong with being a natural Maximalist if that is truly coming from within you. But in the same way a Maximalist shouldn’t force the values of Minimalism upon himself; so a Minimalist should be wary of the voices that tell him he needs more.

If I’m asking myself why I don’t have more money it’s probably because I don’t need more money and more money might mean, you guessed it, more problems.

So, I give myself the same advice I give my kids when they’re worried about something that doesn’t matter. If you’re in a race and you’re distracted by the other runners or the heat or your hunger, fix your gaze on a signpost on the horizon and pick up the pace. Get there.

If you like me are focusing on the money and it’s making you unhappy, just stop it. Enjoy your work and work at enjoyment and don’t listen to the voices doubting the liquidity of your assets. Don’t read the texts. Block Money’s number, it’s wasting your time and your energy.