Be a Hack not an Expert 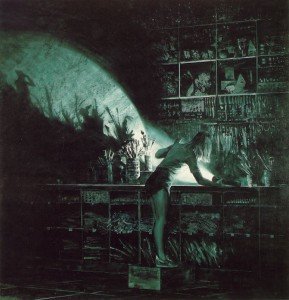 “The Bricoleur’s Daughter” by Mark Tansey

I like to do a little of this and a little of that. Not too much of any one thing. I’m curious about and interested in a lot of things – in grade school they labeled this “easily distracted” these days I might be medicated. I dreamed of a lifestyle where I wouldn’t have to sit in any one place longer than I want to, where I wouldn’t have to worry about that chore that needs to be attended to elsewhere while I am tethered to my desk in some distant cubicle, where even the work itself gave me variety and where even my employer was diversified. I’d rather deal with the whims of a wide variety of clients than be tethered unnaturally to, and at the mercy of, one boss. Maybe you’re like me in that you crave variety and hate monotony.

A Day On has allowed me to really live. And by “live” I mean that I am able to breathe, to exercise, to work from the floor, from bed, from a cafe or from my desk. It means that, so long as the work is done on time and well, I have the right as a human being to decide how and when to do it. I enjoy fixing my own stuff. Tinkering. I enjoy learning something new. I like a well-crafted piece – whether it be a piece of art, architecture, room design, or even just a dinner served flawlessly by a waiter who cares. The work is so much more than just the checkmark for quietly sitting still and a little cash at the end of the week; it’s the intention and attention that goes into the work. Would you think I was crazy if I said that I enjoy solving the problems that come up in my work? It might be because these days my focus is on the work and not the office politics, not on things that need to be attended to elsewhere. It’s a more human approach to work. Through A Day On I have found a profession where clients reward me for learning, tinkering… sometimes it even feels like playing.

For me, and I would guess for most people, being given the freedom of how to work means an improvement in the product. However, I can also see that as a manager expected to produce a consistent result, a hundred workers each working from places where they are comfortable, would be like trying to herd cats. This is a problem for managers and those who work at this from a macro level but not for me. I am more interested in the individual finding his independence.

And this independence is not for everyone. While I find it self-evident that though all men and women are created equal, not all are called to leave workplace shackles behind. Stepping away from the desk where your boss drops your weekly paycheck every Friday requires a combination of vision and irritation. And some people either lack sufficient irritation or vision or else they just haven’t learned that you can pair the two up to create a better situation for yourself.

Are you irritated enough by how you are expected to spend each day, and is your vision that something else – doesn’t matter what – is actually possible? Some people just aren’t irritated by this. Let’s face it , some people believe that when Applebee’s adds “Cajun Chicken” to their menu that the boundaries of their palate has expanded with something exotic – though they still order their old standby knowing that even if for “a limited time” something “wild and untamed” will always be an option. For them, any inkling of dissatisfaction over what is in front of them is quelled by being “thrown a bone.” Hawaiian Shirt Day and Casual Friday or even the comfort of daily, communal water-cooler bitch sessions are enough to tolerate the shackles. Misery loves company.

I’m not writing for them… they get a glazed over look in their eyes whenever I speak of taking A Day On and go back to perusing the Applebee’s menu. And, of course, I would love to lead them out of there and down the street to something interesting and spicy and full of variety, but I’m speaking to those who are more like me. Those who cannot deny that something’s missing and who want to find it. I’m writing to those who would rather tinker here and there, early in the morning and late into the night – even over the weekend than “go to work” where they are expected to be a mindless automaton from clock-in to clock-out.

This impulse to find something that fits better brought me to A Day On and subsequently to work which is sometimes a little hard to explain and quantify.

Maybe it comes by creating the life first and then following a natural curiosity and interest that springs from that life leading to the work that fits it. Writing this I know that it sounds audacious. “Oh, if we could all just organically let our work flow from our personalities! How new-age!”

But think for a moment about how we actually end up working the jobs that we end up working – usually with very little design. How many people do what they do because at some point, long ago, someone was hiring. Or we just stood in a line because it was short. Or filled out an application because it was handed to us. Or we heard that this option offered a lot of money.

To me, finding your career by taking A Day On is about the most rational, sensible and honest way of approaching one’s work that I have yet encountered. It requires taking an inventory of your personality. And this time it requires paying attention to those quirky parts that were always fodder for the negative comments of teachers on report cards and bosses on evaluations. These, after all, are only criticisms of how you attend to tasks that others have deemed worthwhile. And maybe now you are mature enough to decide for yourself what is worthwhile.

There are self-described experts and self-described hacks in the world. I’m wary of experts and intrigued by hacks. The difference to me is that the “expert” thinks he knows it all and in the interest of maintaining this facade he will make up answers fooling even himself, whereas the “hack” loves that he doesn’t know it all. He is not threatened by the enormity of mastering his trade, but rather, he is excited by the possibility of unlimited learning reaching out before him. The “expert” fashions an answer to cover his ignorance the “hack” graciously accepts new questions because they lead him down a path of ever-elusive mastery.

When I call myself a “hack,” I don’t mean a dishonest or unqualified one. I may not have gone to school to learn my trade but my genuine curiosity and quest for excellence has led me to find answers. I’m not trying to get over on you and lie about my qualifications. My work allows me to produce real results. But I arrive at these results in an organic way. When I say I’m a tinkerer I don’t mean I make trivial things. I make useful things for my customers. When I tell you I’m a handyman I don’t mean I’m not formally trained or experienced. I’ve learned my skills through real education and experience, but I don’t believe this alone makes me an expert.

One of my favorite paintings is called The Bricoleur’s Daughter. It just caught my eye at the St. Louis Art museum one day when I played hooky from work. “Bricoleur” is a word that would roughly translate to “handyman” in English, though the term in French implies more.

He is a man who mostly uses available materials and transforms them through original application that he thinks up. It’s kind of a handyman who uses his mind to improvise with his tools to alter his world. It implies a very “outside-the-box” way of thinking about your tools and your abilities and what tasks you will tackle. To most people, if they even consider him at all, the Bricoleur appears to be a kind of conjurer. “How does he survive in the “real world?”” It’s as though he pulls his reality out of someplace nondescript. As though his journey through life is nothing more than the bouncing from task to task like some happy idiot the way Forest Gump follows his one simple mantra “Run” and it leads him across spectacular stages. Somehow there is faith involved, and vision and imagination. Or maybe it’s just simple, and yet strong and driving human curiosity that leads the Bricoleur.

I like the idea of approaching the world as a bricoleur. I don’t want to overly-specialize and be confined in my trade or in my life. I don’t want to drive screws all day. I want to build it and let them come. Yesterday a friend, who is an accounting and finance professor, was telling me that he tells his students that their creativity is what they have that is of value. Forms, he told them, can be outsourced and filled in by people in third-world cubicle sweatshops. Your creativity in finding advantages are what will give you added value for your customers.

When you discover that you have a wide variety of skills, among them the ability to improvise life as if it were music, you will likely discover that you don’t want to go back to playing one note all day. Today, ask yourself if you’ve lived and learned and if not consider how tomorrow you can. And even if this is more than you can fathom… may I at least recommend the Cajun Chicken.