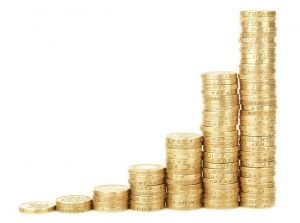 I stopped in to see my friend the other morning. He owns a little shop in the downtown where I live. He seemed rushed and reluctant to shoot the shit with me. Usually he welcomed me into his shop and and we would sit and b.s. until the first customer had to knock on the front door. But on this morning he stood in the door way and seemed all business. “What’s up?” I asked looking at him inquisitively. Then, seeing that I wasn’t going away on my own, he just said, “Come on.” He locked the shop door and began leading me in the direction of the corner coffeeshop. “Real quick, because I have to get back to work.”

Like mine, his business was keeping afloat. But we often commiserated over unexpected expenses. The life of not-too-ambitious entrepreneurs. Every month some unforeseen expense always threatening to knock us out. An old pipe broke under his sidewalk – his responsibility. Medical bills for routine stuff adding up. Insurance company said it was my responsibility. Unexpected tax and business surprises all the time. We often shook our heads talking about what it would take to get ahead.

That morning he looked… hopeful, energized as he rushed me down the street toward the coffee shop. “But, I think I found something new…” he said. “Come on,” he said, picking up the pace. “Coffee. This is another thing I need to cut out.” he said picking up the pace as we headed down the sidewalk.

“Taking this walk every time I want coffee. Big waste of time,” he said.

“You said you found something new. What did you find?”

“I got a job yesterday. I answered an add in the newspaper. All it said was: Double Your Income and a phone number. Figured it couldn’t hurt to investigate.”

We stepped into the coffee shop. “I called the phone number and a guy answered. Then, he put me on hold. I was on hold for a good 10 minutes. I was just about to hang up but then the guy gets back on. He said he’s been  busy with people answering his ad. Asked if I had time to meet? I was skeptical but curious and wanted to cut to the chase so I could get on with my day. “Sure, I have time to meet, I said.” “When,” he asked. “How about right now. Where are you?”  I asked him how he planned to double my income when he didn’t know how much I made. “Doesn’t matter,” he said. “What does this job involve?” I asked. “Depends on what you’re able to do.” “So there are multiple positions open?” “My friend, there’s a position for everyone who’s willing to get on board.” He gave me his address.

“So I drive to the address he told me,” my friend explained.  “And it wasn’t an office at all. It was a house – a nice one. I ring the bell and a guy swings the door open and walks right past me like I’m not even there. “Bullshit!” he says and he cuts across the lawn and gets into a car, slams the door and he’s gone. I’m standing there wondering if I should heed the warning and get outta Dodge when his voice comes over the doorbell intercom. “Come in through the house. I’m out back. Let’s get moving. I have a 2 o’clock.”

“Incredible house,” my friend tells me. “Classy, not gaudy. But expensive. This guy’s doing something right, I think. The back door is open to the patio and there’s a gorgeous pool and he’s sitting at a chair in swim trunks and an unbuttoned shirt pushing papers around a table talking into his phone and clicking around on the half-buried laptop. This guy is busy. His trunks aren’t even wet. I doubt if he’s going to ever make it to his pool.

He motions for me to sit down and he realizes that he will have to move a pile of folders and papers for me to do so which he clumsily does. He tells the person on the phone he’ll call him back.

He motions to sit down and I wait for him to get through several more interruptions. Then he turns his phone off and gives me all his attention. 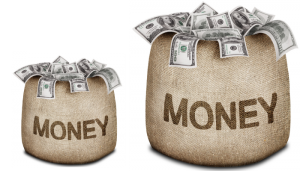 “How much are you making? Never mind. Doesn’t matter.”

My friend tells him what a good month looks like and then start telling him about the set-backs over the last couple of months.

“Isn’t everybody?” my friend asks.

“How much… No, doesn’t matter. Pick a number and you can double it. You can triple it if you want. I just put “double” on the ad because it sounds more realistic to people. Get’s ’em in the door.”

“Starting when?” my friend asks.

“Starting right now if you want it,” the guy tells him.

“I don’t even know what it is,” my friend asserts.

“It’s whatever it takes, man. Whatever you need to double your income. Do I need to define my terms one after another? Cause if I do this isn’t going to work. Maybe you can do what you’re doing… just more of it. Unless you want to do something else. I don’t know. Is there something you can do that could make you more money than what you’re doing? Something easier or more lucrative? You can get to double any way you want. The only thing I would warn you of is not to focus too hard on double. Swing for the parking lot. You can do whatever you want. Makes no difference to me,” the man tells him.

“But, aren’t you the one hiring me?” my friend asks.

“So what do you want me to do to earn double?”

“I don’t care how you make double. I’m not hung up on details. You want some direction? Make daily goals.”

“Fuck yeah,” the man said. Then with a confused look in his eyes, he said, “It’s all sales. All the time. All of it.”

The barista handed us our cups of coffee and my friend put down a twenty and he led me out the door as if he didn’t have time to wait for the change. Suddenly I understood his urgency.

“Uh, yeah. Kinda,” he said, rushing back to the shop. “I told him I’m not sure if I get it. You’re telling me the job is the job I already have?”

“Or, the one you want. Any job you want to do. Any job in the world. Don’t paint yourself into a corner,” the man told him. “Do whatever you want. You’d just be doing more of it. Or, doing it better. Smarter. Really going after it. Loving it. Just hustling the hell out of it. Working your ass off.”

“How’s that working out for you? Listen, we’re all our own boss,” the man said. “Sometimes we just turn that over to someone else because we want to be lazy. You’re lazy,” the man said. “So, do you want the job or not? I’ve got things to do.”

“What do you get out of it?” my friend asked him.

“Ten percent,” he said. “Ten percent just like the church. But I want a big ten percent. Not a little ten percent. So, I need you to get to work. You send me my cut weekly. Mail it to this address.” It was then that my friend noticed the unopened envelopes scattered over the patio table.

“You going to give me sales leads or anything?” my friend asked.

“Pulease!  Sales leads! You’re getting lazy again. Here’s a lead: You want double the income you need to get double the clients. No more long lunches. No more bullshitting your mornings away with coffee and friends. Cold-call like you’re job depends on it. If you don’t get the sales you don’t get paid, now do you want the job or not?”

My friend told me he just stood there looking at the guy in disbelief. Then the man handed him his card. Plain white card. “Double Your Income.” Phone Number.

My friend pulled the card out of his pocket and showed me just as we arrived back at his shop.

“So, you took the job,” I said, looking at the simple white card with the imperative: Double Your Income!

My friend looked around to see if anyone was within earshot. “Fuck yeah, I took it,” he said.  “Look, the guy’s right. If you want a job that’s going to double your pay you have to expect to do double the work. Maybe triple the work. I’ve got meetings booked all day starting in a few minutes and I already used up ten minutes with you. But I just wanted you to know. Maybe this guy’s crazy, but maybe he’s right. But, am I going to pay him ten percent for the pep talk? You think I’m crazy?” He shook his head and wadded up the business card in his fist. Then he tossed it into the street where a passing car crushed it flat.

He looked at me with a seriousness I’d never seen on his face. “I got to get to work. Going to do it today.” Then he disappeared behind his shop door.

It reminded me of “Stone Soup.” That story where the stranger comes into town where everyone is starving and puts a rock into a pot and tells them he will make them stone soup. Then he asks if anyone has this item or that item until everyone has contributed to a pot full of delicious soup that everyone shares.

This guy, just like every self-help guru, just like every preacher, just like every coach, just like Tom Sawyer tricking his friends into paying him to paint his Aunt’s fence knew that people’s strength is that the suggestion of greatness is a fuel that can change them for the better. A losing team needs inspiration but it has to be inspiration to work their asses off. It’s in the work that they find redemption.

I thought about what my friend had told me and finally just shook my head. I wasn’t sure if my friend was heading off into a journey of genius or foolishness whether he’d double his income or not… but he sure seemed determined. And before I continued on my walk home, I checked for traffic and then stepped off the curb and into the street to pick up the business card. Just in case.