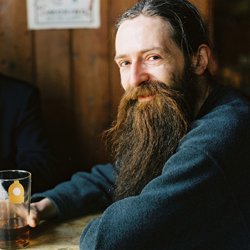 Sometimes when I think of my dream for A Day On, of finding a proven, methodical alternative path toward achieving greater fulfillment not only for me but for all of those out there who seek self-actualization, I feel overwhelmed.

It seems that there exists, so ingrained in the culture an overwhelmingly begrudging acceptance of such a senseless deference of what truly matters to an individual replaced by the drudgery of meaningless, if moderately profitable, drudgery. Life sucks and then you die.

We complain about weekends and vacations being too short. We hate our commute. We hate our jobs, our bosses, our coworkers.  And yet we set our alarms on Sunday nights.  Or, perhaps you fit into the other group, those who sneer at the complainers, who, nose to the grindstone, muddle through because… it’s what you do. There’s no alternative. Grow up, for godssake! So, the essential problem is: although there is much we hate about what we feel trapped into doing, there is that which we love to do: how can we do a lifetime of what we love?

And I found a video of a lecture by a wildman-looking British fellow named Aubrey de Grey who has taken it upon himself to pursue an alternative of his own, one that is as bold, perhaps more so, than the pursuit of A Day On. His question is not: Why must we live lives of quiet desperation, but rather, why must we die? Eternal life is his passionate pursuit, and because he is trained in science, and because he is so full of fire when he speaks of eternal life, because you can’t help but believe that this man eats, sleeps and dreams about the path to eternal life, it should come to fruition if his own perhaps finite lifetime has anything to do about it.

He compares living forever to the other “impossibility:” flight, explaining the paradigm shift that first put man in the air for a sustained flight and then the incremental shifts afterward that made him supersonic and landed him on the moon, and will likely take him into new time/space realms that less than a century ago were not even dreamed of.

I suppose my own dream is relatively insignificant and easy: a standard-length lifetime filled with meaning and, as much as possible, devoid of the dissatisfaction of whoring oneself for a dollar bill. This man dreams of creating an army of scientists who then must unlock heretofore unknown secrets layered upon secrets, perform experiments that can measure lifetimes, and then enact the resulting solutions on the waiting subjects. He must orchestrate this in a lifetime, and probably must either see it through himself, or find another with his wit and enthusiasm (though, watching him, it seemed that the world couldn’t have replicated him in 10 billion years, and so finding a fitting successor would itself be about as likely as finding a grain of sand in a galaxy).

I am sure that this man sees the future of the human race. If he were offering to lead me through a jungle to a place he was certain did exist, I would follow him. And just as certainly, I am sure that what I am pursuing with A Day On does exist. I am sure that with a few modifications, mostly within our own minds, we can be free. It is a freedom that might be called zen, it exists as as free and peacefully as nature.

My quest requires disassociating our faith from the dollar bill and those who provide them to us, and placing our faith in something larger. And, perhaps this is why on the dollar bill someone placed that reminder: In God We Trust. He realized the danger that you handed someone when you handed them a dollar with the promise of another.

The length of a lifetime is my largest barrier. As my father says: “It’s like a great party that you don’t want to leave.” My father never complains about his life, as though he is always aware of the beauty that life offers. He would be a worthy recipient of eternal life, and I know that he feels the disappointment that the results of this scientist’s work will probably arrive too late for him.

I was most impressed as I watched the scientist speak at how he rushed to cram an enormous prospect into twenty minutes. He never searched for words. He mentioned a few times at the futility of trying to contain such vastness, such importance, such importance into such a tiny parcel of allotted time, and I realized that this is really his essential problem. Our essential problem, at A Day On, is how to ensure that a 1000-year-lifetime isn’t one of drudgery, but rather excellence.