7 Things to Do Other than Waiting 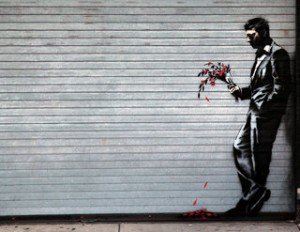 If you’re like me you hate waiting. You’ve taken some action on the notion that had been simmering in your head. You made your move. You put it out there. You put the project proposal in the mail. You’ve finally scribbled the last item on the to-do list. You hung up the phone after leaving your message on the voice mail of the object of your affection. You’ve had the meeting with the boss and gotten an indefinite “I’ll think about it.” You took control of your situation and then… silence. Now what?

Below are a few techniques that keep this impatient bastard from going crazy and driving everyone in my immediate proximity nuts in the process. Not necessarily sage advice, not an exhaustive list but you might find a few useful ideas you can apply now.

Outshine Yourself. As Dori from Finding Nemo says: Just keep swimming. Make your recently-submitted resume or the proposal you just turned in outdated. You just demonstrated some pretty compelling reasons why you are the best choice. Now, rather than resting on the spectacular person you were yesterday, aim for a grand slam with a fresh, new accomplishment.

This is where the A Day On approach comes in. That thing you’ve always thought about doing – do it. Now. Today. Why are you still reading? Get your ass up and make that video you’ve been thinking about and post it to YouTube. Write the first blog post you’ve been planning and actually put it on the web. Take out your credit card and sign up for that class. It’s easy. Ok, you want to check out the next six things to do while waiting. That’s fine. Read on.

The point is, the best time to radically increase your impressiveness quotient is right now. The challenge will keep you focused on something other than the phone not immediately ringing. Right now your focus on a new achievement will perform double duty by increasing your value while at the same time keeping you sane and moving forward. Plus, when you do get contacted and you tell them that your resume is no longer up-to-date your ambition will blow them out of the water.

Reward yourself with sacrifice or hard work. Sometimes we have the inclination to “blow off steam” after we make a major move, but I’ve find that while friends are almost always ready to hit the bars the problem is that it is a temporary gratification. It might feel nice to reward yourself but kicking your own butt a little harder offers longer-lasting benefits and no hangover. Dig in a little harder at this time (which brings us back to item number 1)?

Pitch Someone Else. Or, better yet, pitch 10 more people. Pretend that the one you’re waiting on doesn’t even exist. Can you name 10 more people in his or her category? Why be monogamous when it comes to getting what you need – at least at the beginning stages. Whatever it is that you’ve got going for you could surely be the answer to a lot of people’s needs. It’s normal to feel that the person we are hanging our hopes on has the final word on whether or not we are successful. Create a list of 10 more options today and make contacting them a priority.

Make the Obstacle the Way.  I listened to a great audiobook on a long drive recently. The Obstacle is the Way: The Timeless Art of Turning Trials into Triumph explores the ancient Stoic philosopher’s approach to encountering life’s obstacles. The book’s author, Ryan Holiday, explains that the Stoics did not try to run from or otherwise circumvent obstacles in their lives – they welcomed them, embraced them and used them to improve themselves and their situations.

Recently a group I am affiliated with encountered a civic leader unwilling to budge on an important request. We began viewing him as an unmovable obstacle in the road. After my long drive listening to the book the answer was obvious to me.

We could simply go around him and make the changes regardless of his position. After reading the book I (and probably he) realized that our simple request could become a powerful crusade if he forced us to make it one. Wisely, he chose to keep voters happy rather than becoming a villain in the eyes of voters. The understanding that we didn’t NEED his approval, and in fact, could even be MORE successful without his approval made him seem much less powerful to us and probably to him. This change in perspective made the period of time until he got back to us not only bearable but energized. Consider how your biggest obstacle might actually be used to strengthen your mission.

Understand the Disadvantages of a Yes. Fall out of love whatever or whomever you are waiting on. The importance you’ve assigned their approval is probably unwarranted in the grand scheme of things. That doesn’t mean to talk yourself into not wanting what you were going after. But, when we are hanging on the line waiting for acceptance we tend to place ourselves in an emotionally and professionally vulnerable state.

As an exercise, consider the possibility that an affirmative answer might in some ways take away from your overall goals and values. Have you ever found yourself at a job interview saying what you were sure would get you a job while at the same time you were discovering that it was a job you really didn’t want? Have a sober conversation with yourself about how acceptance might not in itself be “the answer.” Nothing is a panacea in and of itself, so fall out of love and retake the power in your situation.

Take Another Look at The Map. Reconsider the approach that has left you waiting in a fundamental sense. Ask yourself if what you really want might be achieved in another (maybe more direct) way. Sometimes we inadvertently create a thousand hurdles when we only need to approach our goal directly.

Consider the story of the businessman on vacation in a beautiful fishing village. He meets a fisherman and compliments him on the beauty of his hometown. Then he begins to offer advice. “You should save your money from your fishing and hire a few more men to pull in even more fish thereby increasing your profits. Then, eventually you can purchase a small market to sell all the local fish. Then, maybe after a few years of hard work you can control all of the fish processing for the region. You’ll need to move to the big city if you really want to be where the big transactions are taking place. But eventually after a decade or more of hard work you will be able to retire with a fortune.”  “What would I do then?” asks the fisherman.  “Well, you could do anything. You could spend your remaining days doing nothing but fishing and enjoying life.” “But I do that now,” replied the fisherman.  Is there a more direct route to getting what you hope to achieve. And, if the news you’re waiting for is actually only a step along your route, is it truly a step toward your ultimate happiness… or is it possibly a step in the wrong direction?

Go For a Run. I began running our town’s bike trails about three months ago when I found myself in a situation in which I perceived the power to be in another party’s hands. I was finding it difficult to concentrate at my desk and I was constantly checking my email and phone messages.

Partly to burn off this excess energy, partly to remove myself from the constant connectedness that was making me obsessive and partly because I was feeling fat I started running. Over the summer I discovered that this physical activity centered me, conditioned me to endure and rise above regular, physical challenges and chiseled me down to my high-school driver’s license weight for the first time in 30 years. I feel great, I don’t mind passing by a mirror sans shirt anymore and as for the situation that was keeping me on pins and needles… Let’s just say that because of the running and the other items listed above I was able to get past my futile need to control this particular situation. Everything worked out in a way I could never have predicted much less controlled.

And that’s the really the essential struggle of waiting, it’s not so much regaining control over your situation as it is getting back to a place where the illusion of control is irrelevant.